“I’ve dipped into it several times already and have struck gold each time.”
—Terrence McNally

She has taught for Pitt in London and has served as faculty and as Academic Dean for Semester at Sea. She has directed for Pitt’s mainstage and for the Three Rivers Shakespeare Festival productions which include The Rehearsal, The Country Wife, She Stoops to Conquer, The Winter’s Tale, Hamlet, Much Ado About Nothing, King Lear, A Flea in Her Ear, and Our Town. A number of these productions were listed among the Pittsburgh Post-Gazette’s Ten Best of the Year. She has also produced and sometimes directed over sixty original plays written by her students. 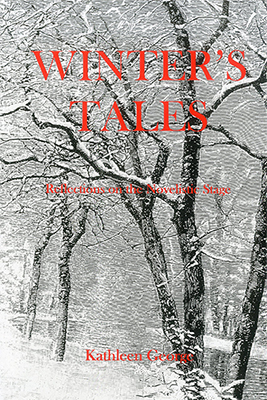 In Winter’s Tales, Kathleen George examines stories covering time and space or exhibiting some other characteristics of the epic. She deals with both novels and plays, asking, “Are they as different as some scholars have assumed?” and “In what ways have plays become novelistic?”

Kathleen George tells an absorbing story about how different kinds of stories get told. Her touchstone is the eponymous romance by Shakespeare.
—Joseph Roach, Charles C. and Dorathea S. Dilley Professor of Theater, Yale University
[This] enlightening treatise on writing for the stage…enlightens by putting plays and their ‘opposites’ beside each other and showing, by a kind of circumnavigation, what the differences are…it MUST BE the best thing done on the subject.
—Bert O. States, (Late) Professor Emeritus of Dramatic Arts, University of California, Santa Barbara
The writing is elegant, the voice so confident and authoritative, the apercus glittering. The book is quite unclassifiable, part wrtier’s notebook, part critic’s diary, part theory of narrative and wholly original, insightful, and pleasurable to read.
—Attilio Favorini, Professor of Theatre Arts, University of Pittsburgh

Easy to understand and use, Playwriting: The First Workshop truly captures the workshop experience in teaching you how to write for the stage. Excerpts from and plot summaries of modern classics such as A Streetcar Named Desire and Glengarry Glen Ross teach the fundamentals of playwriting, while samples from student plays offer valuable opportunities for discussion and analysis.

I’ve dipped into it several times already and have struck gold each time.
—Terrence McNally
What she offers in her fresh and disarmingly informal book is an intelligent, thorough, witty, and, above all, practical examination of just about every conceivable aspect of the art…
—Bert O. States, (Late) Professor Emeritus of Dramatic Arts, University of California, Santa Barbara 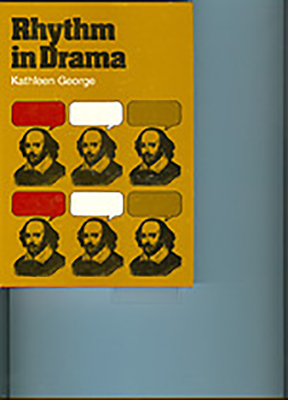 This book will be a meaningful addition to the literature of dramatic theory and invaluable in the training of stage actors and directors. Students of drama and any theatregoer will be amused and instructed by Professor George’s spare and engaging prose.