“These characters are so fully developed, the settings so righly textured, the insights into human nature so heartbreaking…”
—Author Lewis Nordan 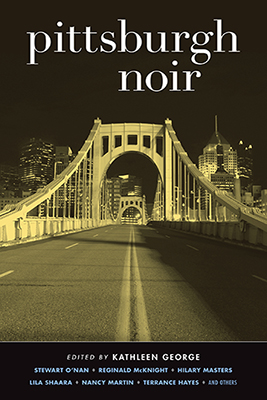 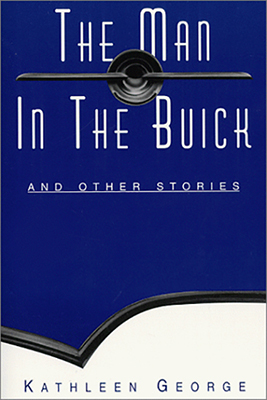 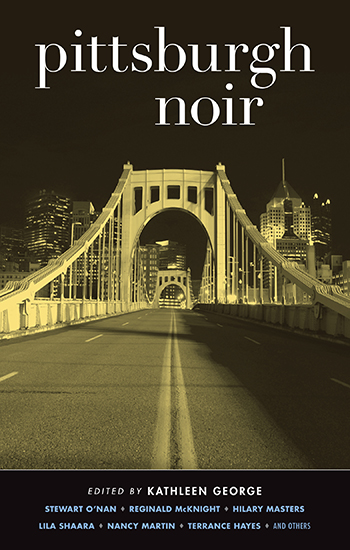 Pittsburgh has recently (and more than once) been called the most livable city in America; yet the old image of smoky skies and steel mills spewing forth grit has never quite disappeared. Our history as a dirty industrial center is a part of us, a part of our toughness. The three rivers were the very reasons the city was founded—river trade, industry—and the very reasons the views from the hills are now (smoke gone) spectacularly beautiful. The citizens of Pittsburgh are sports crazy because the sports narrative is always a fight—a contest—the best story being the miracle of an underdog victory. Not long ago, Tom Hanks on the David Letterman show imitated a crazed, bellowing Steelers fan. The city, perhaps the most livable in America, is an underdog itself, still the easy target of jokes. Black and gold are its colors. Black. And gold. Underdogs do what they have to do.

Rivers, bridges, parks, hills, and back alleys are the settings for fourteen startling stories set in Pittsburgh neighborhoods—among them Bloomfield, Lawrenceville, Point Breeze, Homewood, Squirrel Hill, Wilkinsburg, Forest Hills, Schenley Farms, the Mexican War Streets, McKee’s Rocks. Death and sex, part of any noir tapestry, are to be found here. But so are trickery and toughness. The people of the steel city fight.

Despite Pittsburgh being labeled the country’s most livable city, the fictional citizens populating the 14 high quality stories in Akashic’s noir anthology centered on the Steel City have the same dreams, frustrations, passions, and vices as anyone else.
—Publishers Weekly
Pittsburgh hasn’t inspired many crime novelists to use its haunts for settings in the way that Boston, Baltimore, Seattle and even Cleveland have. Now that’s changed with the publication of Pittsburgh Noir, an anthology of short stories by writers who draw on the cityscape to ground their tales.
—Pittsburgh Post-Gazette
Pittsburgh Noir [is] a set of varied and novel approaches to dark fiction that give a taste of a specific place in Pittsburgh, without trying too hard to pander or take advantage of ages-old Pittsburgh media tropes.
—Pittsburgh Tribune-Review 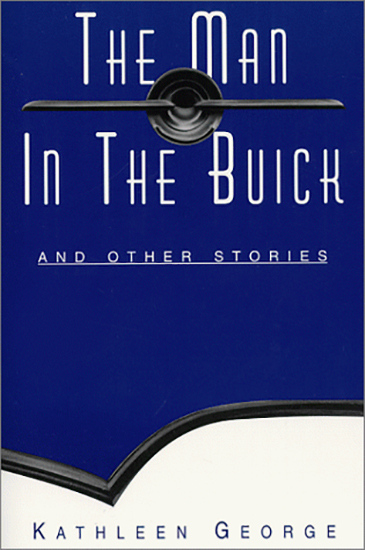 The Man In The Buick

A man’s life is changed by a tractor accident… Another man negotiates a tricky relationship with his maid in Mexico. A woman goes shopping and sees what looks like her father’s old car driven by a man who is a dead ringer for her deceased father; she pursues the car, the man. A woman of means accepts a date with a poor Chinese student who opens her life in unexpected ways. Another woman, a down to earth theatrical costumer, takes up with an airline pilot who is the opposite of her earthiness—he is almost all sky. A married woman falls into an affair with her gardener after she carries him a glass of water one day. A young mother almost loses her infant son in the post office one day when a strange older woman tries to carry him off. On a weekend getaway meant to bring one family together, a woman tries to win the love of her difficult mother. The one-time mistress of a charismatic professor meets with his son after many years and they end up re-enacting the Ganesha myth of the awkward and graceful boy-god, the elephant boy. The daughter of an alcoholic pieces things together and moves on.

These are the stories in The Man in the Buick collection.

George doesn’t waste a word as she plunges the reader into her characters’ lives with startling intensity, then skillfully reveals as much about them as it is necessary to know… These masterfully shaped stories mark George as a writer to watch.
—Booklist

If you don’t read another book of fiction all year, read this one. It’s one of the best books I’ve read in a long time. I’m telling you, this Kathy George can flat out write. These characters are so fully developed, the settings so righly textured, the insights into human nature so heartbreaking—well, it’s a wonderful book… Not a day passes that I don’t think about these people and the effect they have had on my life.
—Lewis Nordan

Like Alice Munro, Kathleen George does not rely on one moment to turn a story around; rather she allows her characters’ pasts to inform their present lives and the lives of these stories. The result is a rich journey through whole experiences that lead the reader not to an ending but to an opening, a glimpse at the future for George’s character, and a deeper udnerstanding of how our pasts, presents, and futures are intertwined.
—Ann Hood

Whether she is writing about photographers, an artist, a writer, in stories set in upstate New York, Pittsburgh, Mexico, or China, Kathleen George deftly plays out themes of discordant love, sometimes resolved, and finds a lucid voice to let her characters come alive on the page. The grace of her writing, the intensity of her insights assert themselves in memory and won’t let go.
—Colette Inez

Delightfully readable as these stories are, to enter them is to give oneself over to a delicate mortal struggle for understanding. George is not aiming to make things easy. Her devotions are to what is complex, what is hard won, what is true. She performs this austere practice with a singular grace, and each one of these stories falls into a reader’s hands like a precious gift.
—Susan Dodd