“George succeeds wonderfully in portraying the ways in which a shattering event can rearrange the fate of individual lives.”
—Richard Burkert, President, Johnstown Flood Museum 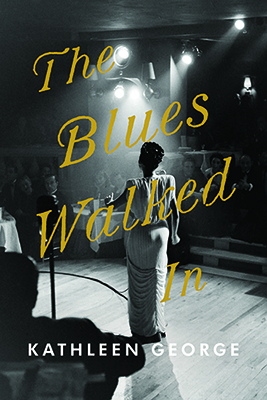 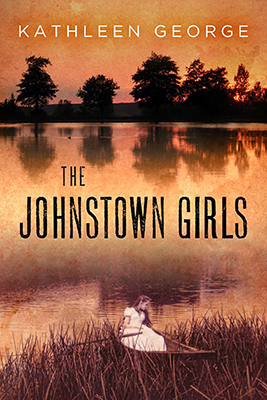 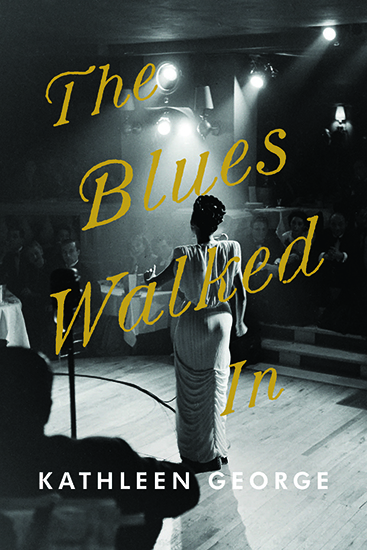 The Blues Walked In

In 1936, life on the road means sleeping on the bus or in hotels for blacks only, so nineteen year-old Lena Horne is walking the last few blocks to her father’s hotel in Pittsburgh’s Hill District. She stops at a lemonade stand and meets a Lebanese American girl, Marie David, who works at her parent’s grocery store in the Hill. Marie loves movies and is enchanted by Lena, but Lena is nervous about becoming fast friends with a poor white girl. Lena also meets Josiah Conner, a charismatic teenager who helps out at her father Teddy’s hotel. Josiah often skips school, dreams of being a Hollywood director, and has a crush on Lena. Although the three are linked by an underlying determination to be somebody, issues of race, class, family, and education threaten to disrupt their lives and the bonds between them.

Lena’s father wants her to settle down and give up show business, but she is entranced by the music and culture of the Hill. It’s a mecca to jazz singers and musicians, and clubs like the Crawford Grill attract crowds of blacks and whites. Lena table-hops with local jazzmen when he father takes her to the clubs and later belts out “Stormy Weather,” her signature song, when Count Basie passes through. Performing makes her feel alive. To her father’s dismay, reviewers can’t get enough of her. Ellington adores her. Billy Strayhorne can’t wait to meet her. She’s wanted in clubs. She’s wanted in Hollywood. For her beauty. For her almost whiteness. Until, after sitting around for years at MGM as they try to figure out what to do with her, she isn’t quite sure what she’s worth.

Marie and Josiah follow Lena’s career in Hollywood and New York through movie magazines and the Pittsburgh Courier. Years pass until their lives are brought together again when Josiah is arrested for the murder of a white man. Marie and Lena decide they must get Josiah out of prison—whatever the personal cost.

Ellen Emerson may be the last living survivor of the Johnstown flood. She was only four years old on May 31, 1889, when twenty million tons of water decimated her hometown of Johnstown, PA. Thousands perished in what was the worst natural disaster in U.S. history at the time. The flood not only changed the course of history, but also the individual lives of those who survived it.

A century later, Pittsburgh Post-Gazette reporters Ben and Nina set out to interview one hundred and four year-old Ellen for Ben’s feature article on the flood. When asked the secret to her longevity, Ellen simply attributes it to “restlessness.” As we see, that restlessness is fueled by Ellen’s innate belief that her twin sister Mary, who went missing in the flood, is somehow still alive. Her story intrigues Ben, but haunts Nina, who is determined to help Ellen find her missing half.

Author Kathleen George masterfully blends a factual history of the Johnstown flood into her heartrending tale of twin sisters who have never known the truth about that fateful day in 1889—a day that would send their lives hurtling down different paths. The Johnstown Girls is a remarkable story of perseverance, hard work, and never giving up hope in the face of seemingly insurmountable odds. It’s also a tribute to the determination and indomitable spirit of the people of Johnstown through one hundred years, three generations, and three different floods.

George offers complex and rewarding storytelling that pays tribute to not only the magnitude of the disastrous flood but also the resilience of Johnstown and its citizens.
—Publishers Weekly

George succeeds wonderfully in portraying the ways in which a shattering event can rearrange the fate of individual lives. She knows and loves southwestern Pennsylvania and its people. As with her mysteries, The Johnstown Girls strongly evokes the people and way of life of the region.
—Richard Burkert, President, Johnstown Flood Museum

The interesting history informing The Johnstown Girls is woven into a moving novel whose characters are fully realized, whose scope is wide reaching, and whose story is compelling… this is a book for readers everywhere who like to learn history while in the certain hands of a wonderfully accomplished novelist.
—Jane McCafferty, author of One Heart and Thank You for the Music

Kathleen George is a deft writer and prodigious researcher who expertly pushes the boundaries of the mystery genre. I can’t wait for more superb novels to come.
—Stefanie Pintoff, author of A Curtain Falls and In the Shadow of Gotham